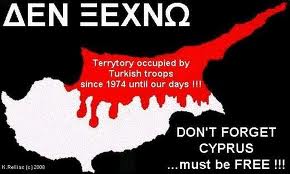 By Rebecca Christie & Corina Ruhe - Mar 16, 2013 7:52 AM ET
Euro-area finance ministers agreed to an unprecedented tax on Cypriot bank deposits as officials unveiled a 10 billion-euro ($13 billion) rescue plan for the country, the fifth since Europe’s debt crisis broke out in 2009.
Cyprus will impose a levy of 6.75 percent on deposits of less than 100,000 euros -- the ceiling for European Union account insurance -- and 9.9 percent above that. The measures will raise 5.8 billion euros, Dutch Finance Minister Jeroen Dijsselbloem, who leads the group of euro-area ministers, told reporters early today after 10 hours of talks in Brussels. The euro region’s bailout kitty and, possibly, the International Monetary Fund will look to make up the shortfall. A partial“bail-in” of junior bondholders is also possible.
Officials have struggled to find an agreement that would rescue Cyprus, which accounts for just half of a percent of the euro region’s economy, without unsettling investors in larger countries and sparking a new round of market contagion. Policy makers began meeting at 5 p.m. yesterday in a hastily convened gathering, seeking to overcome differences on bondholder losses while financial markets were closed.

“Further measures concern the increase of the withholding tax on capital income, a restructuring and recapitalisation of banks, an increase of the statutory corporate income tax rate and a bail-in of junior bondholders,” according to a communique released by ministers after the talks. It didn’t specify whether bank or sovereign bond holders could be affected.
The European Central Bank will use its existing facilities to make funds available to Cypriot banks as needed to counter potential bank runs. Depositors will receive bank equity as compensation.
Finance Minister Michael Sarris said the plan was the“least onerous” of the options Cyprus faced to stay afloat.
“It’s not a pleasant outcome, especially of course for the people involved,” said Sarris. The Cypriot parliament will convene tomorrow to vote on legislation needed for the bailout.
While the tax on deposits will hurt wealthy Russians with money in Cypriot banks, it will also sting ordinary citizens. Some ATMs in the country have run out of cash, Erotokritos Chlorakiotis, general manager of the Cooperative Central Bank, told state-run CYBC.

Funds to pay the levy were frozen in accounts immediately, ECB Executive Board Member Joerg Asmussen said. The levy will be assessed before Cypriot banks reopen on March 19 after a March 18 national holiday. Sarris said electronic transfers will also be limited until then.
“As it is a contribution to the financial stability of Cyprus, it seems just to ask a contribution of all deposit holders,” Dijsselbloem said, noting the country’s financial industry was five times the size of its economy. The plan includes “unique measures” that address the “exceptional nature” of Cyprus and show “inflexible commitment to financial stability and the integrity of the euro area.”
The IMF will consider contributing money to the rescue, said IMF Managing Director Christine Lagarde, who travelled to Brussels for the talks. “We believe that the proposal as outlined by Jeroen is actually sustainable,” she said.
Euro ministers expect the region’s bailout fund, the European Stability Mechanism, will approve a bailout proposal“by the second half of April 2013 and subject to completion of national procedures.”

Cyprus pledged to step up asset sales and enact budget cuts amounting to 4.5 percent of gross domestic product. The aid program, which should be completed by the second half of April, calls for its debt to be 100 percent of GDP by 2020. The EU forecasts it at 93 percent this year. The deal calls for the banking sector to shrink substantially by 2018.
Skeptics including Luxembourg’s Jean-Claude Juncker had said that imposing investor losses in Cyprus risked reigniting the financial crisis that has so far pushed five of the euro zone’s 17 members to seek aid. Last year, the euro area took what officials called a unique step to ask Greek bondholders to absorb losses.
Asmussen said tapping deposit holders was needed to expand Cyprus’s tax base. European Union Economic and Monetary Affairs Commissioner Olli Rehn called the assessment a strictly fiscal measure. Rehn had warned against so-called haircuts on depositors to avoid setting a destabilizing precedent.
When asked if a deposit assessment could be ruled out for future rescues, Rehn said in an interview: “It can and there is no concrete case where it should be considered.”

“This kind of stability fee is clearly a much better choice from the point of view of financial stability and Cypriot citizens than a full-scale bail-in, which would have led to very chaotic consequences in the Cypriot economy,” he said.
Cypriot banks are on track to regain access to ECB emergency lending facilities once they have been successfully recapitalized, Asmussen said. Cyprus is “systemically relevant” and needs assistance to ensure stability of the euro, Asmussen told reporters.
The ECB also will be available to euro-area banks that may need extra liquidity, Asmussen said. Authorities plan to ringfence Cypriot bank branches in Greece, through transactions with Greek banks that won’t require money from Greece’s rescue funds, he said.
Corporate tax rates in Cyprus will rise to 12.5 percent to 10 percent as part of the deal, Dijsselbloem said. Rehn told reporters that Russia, whose banks have loaned as much as $40 billion to Cypriot companies of Russian origin, would ease terms on its existing loans to Cyprus as the rescue unfolds. Cyprus’s finance minister is scheduled to fly to Moscow on March 20.
At the talks, the ministers also agreed to give extra time to Ireland and Portugal to repay loans to the European Financial Stability Facility. The euro group, IMF and ECB will approve the details of the extensions and the Cyprus deal once technical details have been ironed out and national parliaments have acted as needed, the finance ministers said in a statement.
Αναρτήθηκε από Justine's Blog στις 7:12 π.μ.